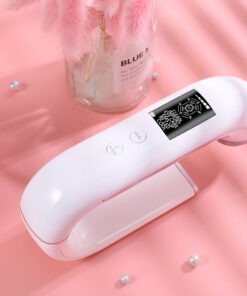 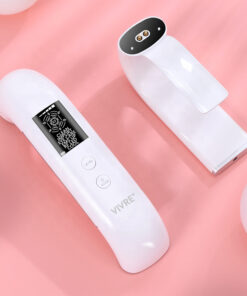 HIFU machine for home use

What is a Hifu machine? and what is the difference between Hifu 3D & Hifu 4D? There are many HIFU machines for skin rejuvenation and non-surgical lifting on the market. We have tested dozens of them, both for home use and professional machines.

Our goal is always to take care of your skin with the best products available on the market.

Purpose of the Hifu technique

The aim of the Hifu technique is to tighten the skin using high-intensity ultrasound. The treatment is extremely effective in stimulating the production of collagen, removing lines and wrinkles on the face and neck. The Hifu technique also focuses on the reduction of body fat as well as the removal of cellulite.

The technology of Hifu machine

The technology used by a Hifu machine targets specific areas of fat to reduce it in the fastest possible time. Hifu delivers focused energy at a depth of 1.4 cm to break down fat cells and create fat loss and skin tightening.

Most Hifu machines on the market work at temperatures close to 70 degrees, where heat is used to destroy the cells we want to "damage" so that they look prettier, suffocating, newer and younger.

That's why some call it a non-surgical facelift. Because the results are similar to those of a traditional facelift, but without the need for surgery. It is a safe, non-invasive method, with less collateral effects than surgery and with great potential results.

How long are the Hifu sessions?

Of course, it all depends on the type of HIFU 3d/4d Hifu machine you are using. Sessions are not painful at all. Depending on the Hifu machine, the patient and the area you want to focus on, it can take between 20 minutes and 2 hours.

The results are visible after treatment. You may even see some change after your first session. But to see real results you need to wait up to 3 months after your last session. Because by then, your skin would have been able to create brand new smooth tissues.

We recommend that you do not take more than five sessions in the same area with 40 days between each session. But again, it all depends on which Hifu machine you use.

Who is the Hifu treatment suitable for?

Despite what many people may think, the 100% treatment is unisex. Aimed at anyone between the ages of 30 and 60. People who want softer, younger and healthier skin. Ideal for eliminating fine wrinkles, lines and any pigmentation. Hifu machine is also used for fat loss and other types of skin tightening.

Is treatment with Hifu machine painful?

Again, it all depends on the type of equipment you are going to use. However, we can make some general statements about how painful treatment with a HIFU machine is:

Just like traditional HIFU machine, HIFU 3D works on the same principle. HIFU 3D allows you to reach different skin layers. It can penetrate different depths, typically 3.0, 4.5, 6, 10, 13 and 16 millimetres. 3D is there to show the amount of treatment lines. HIFU 3d machines usually have up to ten simultaneous working lines.

Again, same principle, same desired effects, just more lines per treatment. The more lines you get per treatment, the less exposure to the laser you need to get the same results. More efficiency means less time. That's why it's so important to have more treatment sessions, especially when you want to work on sensitive areas like the face.

It is quite common to see complicated comparisons between 3D HIFU machines and 4D HIFU machines. The truth is that they use exactly the same technique. There are no differences between them. It's just a matter of the transducers and the number of treatment lines. More dots, more efficiency, less pain, less time.